Meteorite falls take place with an even distribution over the Earth’s surface. However, for the collection of meteorite finds some areas are significantly better than others. Antarctica is the area that has yielded the largest number of meteorites and several different countries send teams of people there each year to recover samples from the ice.

Hot desert regions, such as North Africa, are also an important source of meteorite specimens. 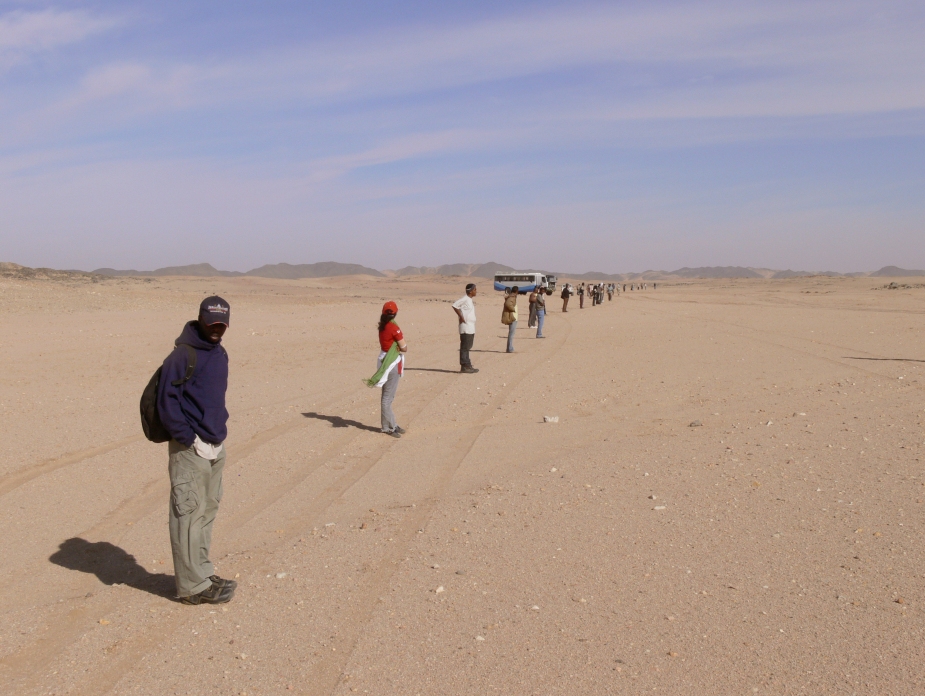 Searching in the desert of Sudan for pieces of the Almahata Sitta meteorite. Image: P. Jenniskens